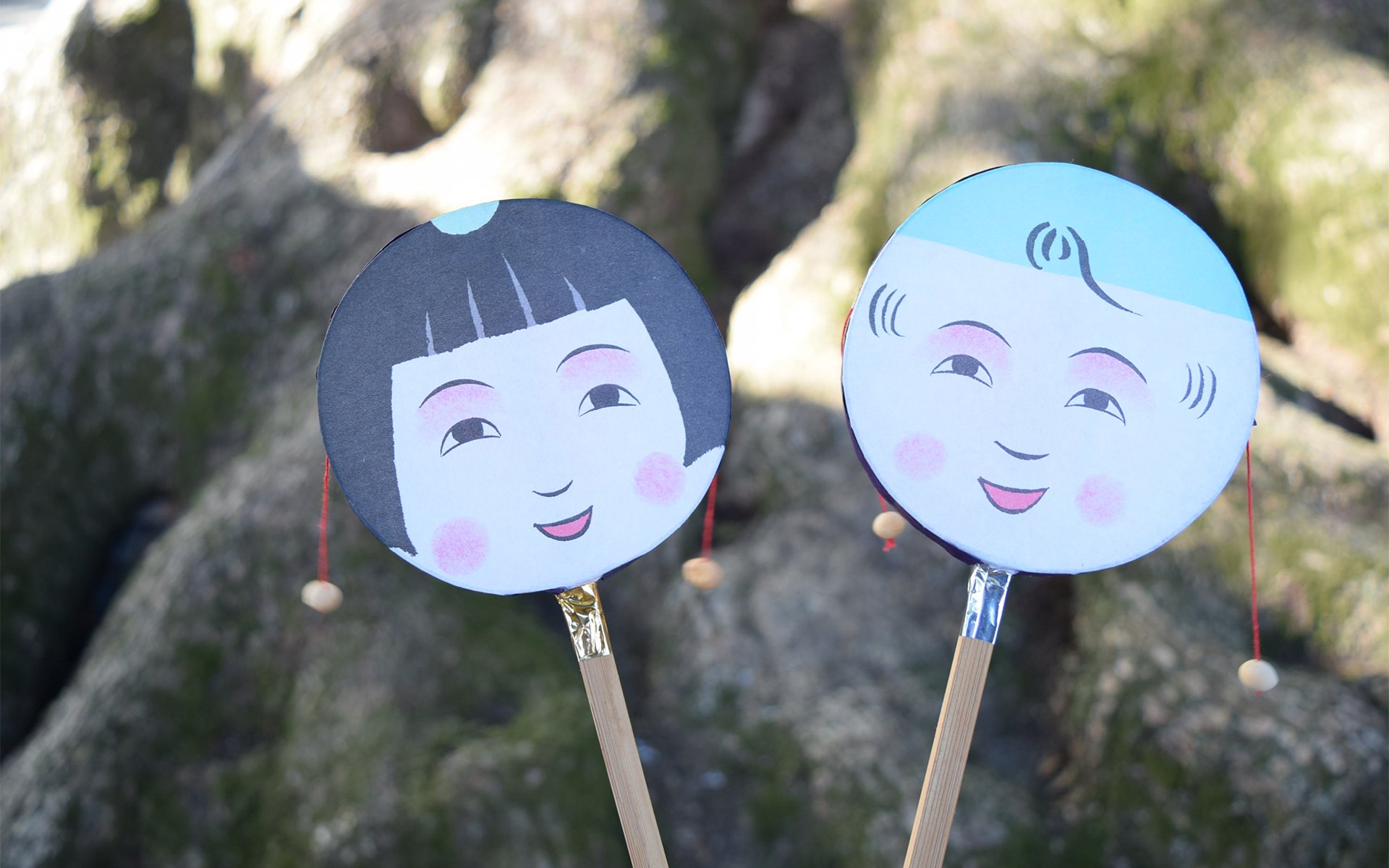 Batabata Ichi (バタバタ市) is Asakura’s first open market of the new year. It is held each year on January 4th- 5th at Ancho-Ji Temple (甘木安長寺).

This market’s origin goes back to the Nara period (710-791). It was first established by Amagi Yasunaga, imperial estate administrator and founder of Anchoji Temple. The market was named after spinning drum toy mame-daiko that was originally sold on temple grounds to ward off smallpox. Batabata is the sound the drum makes when moved quickly from side to side. The “Batabata Ichi” drum is still sold today and on each side depicts the face of a boy and a girl. It’s also a famous symbol in Asakura city which can be seen in front of Amagi train station and sewage covers.

For some the drum may be just a simple toy, but for many it is an amulet used to protect small children. Though smallpox is no longer a threat to babies in Japan, people continue to place the small drum in hospital delivery rooms and in their homes. Many parents buy the drums at the two day event when wishing for their child’s health and good fortune.

Speaking of smallpox, Asakura was once suffered smallpox pandemic and thus this Batabata culture became important in this area. The pandemic was eventually ended with the first vaccination in Japan tested here in Asakura. Check this article for this interesting background story.

Ancho-Ji Temple is just a short 10 minute walk from Amagi Station. It’s open to public even on the days without the market, so come and take a look if you are travelling around! 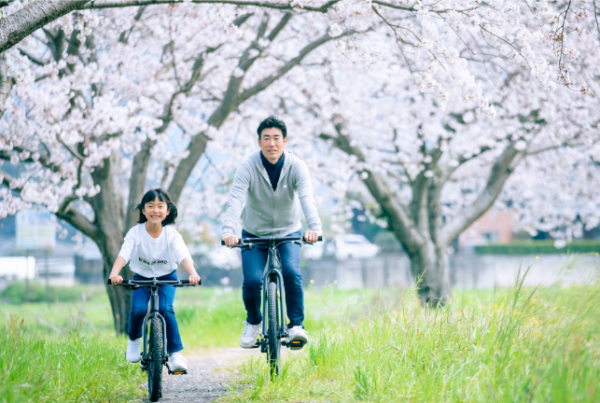