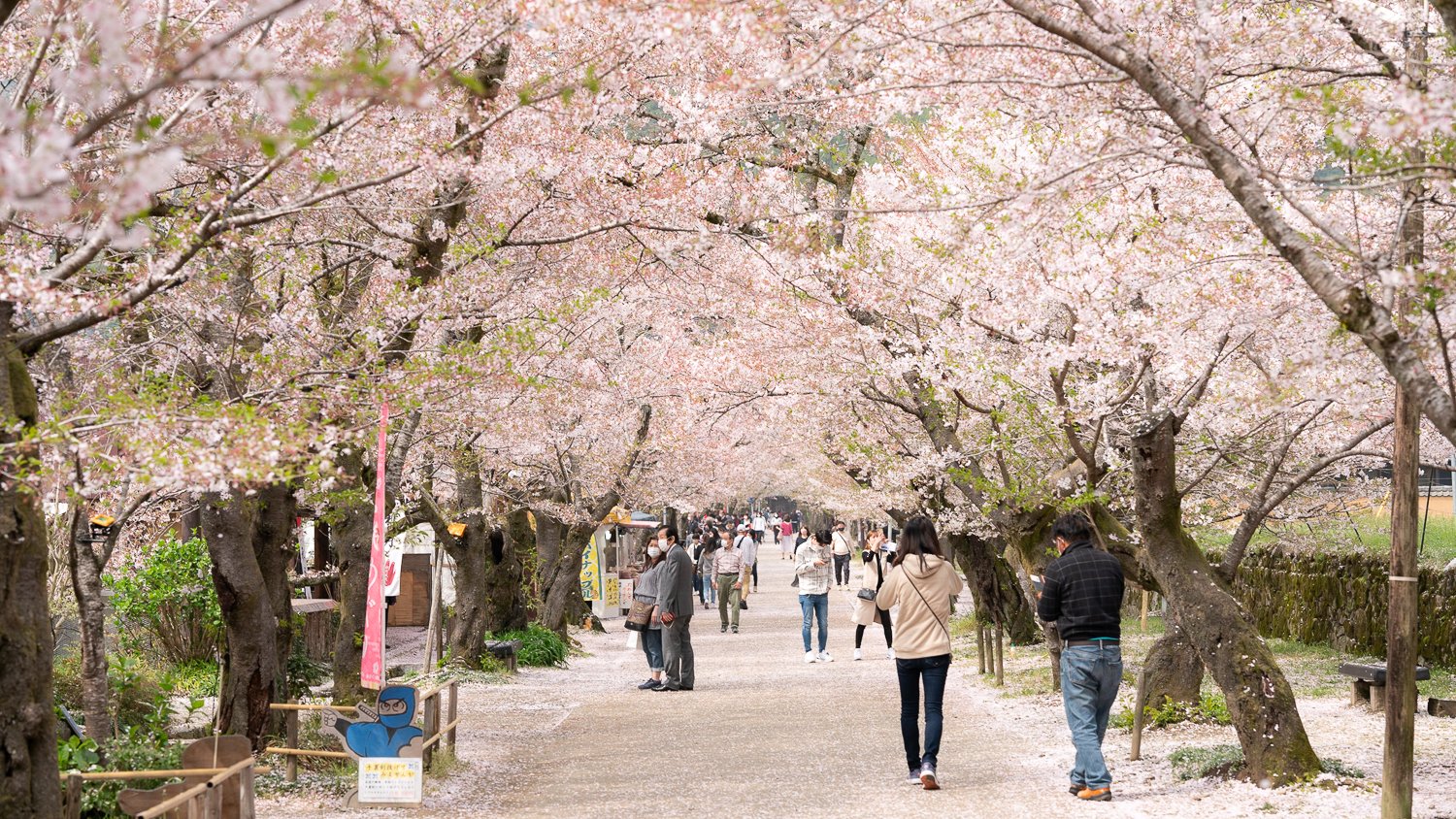 Did you know? On the island of Kyushu, the flowers come into season earlier than in any other place in Japan. For those who can’t wait for the sakura to bloom in Tokyo, Asakura has numerous flower-themed activities for you to see and enjoy:

In sunny Asakura, the first flowers usually come out in February. Next to the local farmer’s market, “Farm Station Basaro,” one can enjoy the sight of approximately 80,000 bright yellow nanohana, or canola flowers, during the Nanohana Flower Festival. In Japan, canola flowers are commonly associated with the beginning of spring, and are a perfect start to your flower-filled journey in Asakura. Available activities at the festival include being able to pick flowers, and getting a taste of nanohana cuisine, such as canola soup. Dishes using this flower can be found all over Japan, as aside from simply being delicious, the entire flower is edible, and nanohana is also known to be high in vitamin C. The festivities last until early March, although the farmers market is open year-round.

Of course, when one thinks of beautiful Japanese flowers, cherry blossoms immediately come to mind. Cherry blossom, or sakura, season starts at the end of March, and Asakura is known for having some of the best sakura-viewing spots in the region. Along the banks of the Kusaba River, one can enjoy approximately two kilometres of beautiful sakura. Meanwhile on Akizuki’s main street, amidst a bustle of restaurants and shopping is a so-called “tunnel” of cherry blossoms that you can walk through.

Amagi Park is the perfect place for a picnic!  If you go between late March and early April, you can relax and view cherry blossoms from about 4,000 trees surrounding a serene pond. As Asakura is an agricultural area, you can also see the colorful wheat fields nearby, which are green in April and a stunning gold in May.

Hydrangea are among the most famous flowers native to Japan. Visitors to Japan first became enamored with Japanese hydrangea, known as ajisai, in the 18th century. At that time, visitors to the country, mostly Portuguese and Dutch traders, were only allowed in through Kyushu, at the Nagasaki city port of Dejima. In Asakura, this flower blooms during the months of May and June. Depending on the acidity of the soil, the colours vary between pink, purple, white, blue, and a variety of other shades.

In Asakura, hydrangea can be seen around the Triple Water Wheel, a famed tourist attraction known as the only traditional water wheel in the country to actually still be used for irrigation. Elsewhere, hydrangeas are also prominent on the Meganebashi, or “Glasses Bridge” in Akizuki. This beautiful setting inspired a famous Japanese novel Akizukiki, or “Akizuki Story” by Rin Hamuro. You can see this 200 year old bridge while enjoying some delicious pastries or ice cream from the nearby shops.

Lastly, visitors are encouraged to take the road less traveled and visit one of Asakura’s “hidden temples” at Takejizoson. About 3 kilometers from Akizuki in a bamboo thicket lies a peaceful temple with even more hydrangeas. Furthermore, travelers who wash some of their money in the clear water of the pond nearby are said to receive good luck.

A Wisteria Shrine at Kamitakaba

Speaking of temples, there is a special Shinto shrine famous for wisteria at Fuji no Sato Park. Japanese wisteria flowers are the longest variety of wisteria (up to 9m long), and are commonly used in bonsai. Here in Asakura these sweet-smelling flowers are in bloom late in spring until the early summer. The best time to see them, however, is during the “Wisteria Festival” from the end of April until the beginning of May. During this time, local students hold music and dance events at the park, where sweets are also often served. Enjoy!

A few steps away from Fuji no Sato Park, there is a hidden field of lupines, which only local people know. It can also be seen nearby Asakura’s Yamaguma Station. Here, the lupines are in season roughly the same time as wisteria. Originating in the west, they were first brought to Japan during the Meiji period, as Japanese people found them exceptionally beautiful.

Japanese azaleas, known as tsutsuji azaleas, have enjoyed widespread popularity in gardens worldwide, including the United States, where they have become the most popular kind of azalea. In Asakura district, you can find both azaleas and rhododendrons at Toho village. From late April to early May, this part of town is perfect for a stroll while admiring the beautiful azaleas and rhododendrons surrounding the cobblestone streets around Toho.

Besides its beautiful flowers, Toho village is known for its production of Koishiwara ware pottery, a locally famous type of ceramic pottery frequently used as tableware, which has a 400-year history. In the Sarayama part of town, there exist about 10 such pottery shops. From May 3rd to the 5th, visitors can enjoy a  pottery-themed festival called Mintou Mura Matsuri, which attracts pottery lovers from all over the country. There, you can get discounts on authentic Koishiwara ware products or take part in special workshops. Why not join in on the fun?

There are plenty of other hidden spots that showcase Asakura’s natural beauty during spring and summer, so have fun and explore! 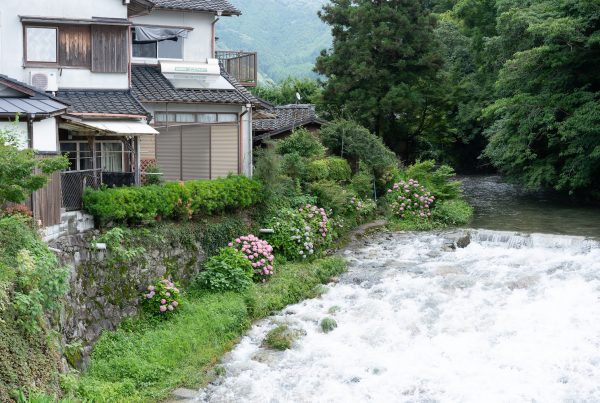